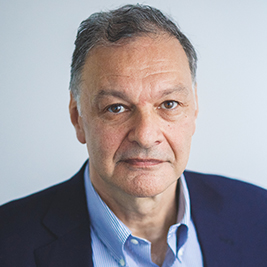 Dr. Ralph Laufer is responsible for Lysogene’s scientific activities. Before joining the company, Dr. Laufer was Senior Vice President at Teva Pharmaceutical Industries in Israel, where he managed small molecule discovery, nonclinical development and CMC, leading a team of over 400 scientists in five global sites. Prior to that, he was the Scientific Director of IRBM Science Park, a partner research organization in Rome, Italy. Previously, Dr Laufer was Head of Pharmacology at IRBM-Merck Research Laboratories Rome. He is the recipient of the American Chemical Society 2013 Heroes of Chemistry Award for his role in the discovery of Isentress® (raltegravir), the first integrase inhibitor approved for use in HIV infected patients. Dr. Laufer originally trained as a molecular neurobiologist and his scientific achievements include the discovery of the tachykinin NK-3 receptor and the anti-obesity activity of ciliary neurotrophic factor. He is the author of about 90 scientific articles and inventor of about 20 patents.